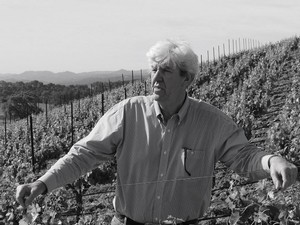 In an industry first, Robert Hall Winery, will initiate a comparative trial for the wider wine community to learn about regenerative farming with organic and biodynamic farming techniques, comparing the results with conventionally farmed vineyards. The trial will be led by world renowned biodynamic consultant Philippe Armenier.

The study at Robert Hall Winery will be unique in that once per month a Field Day will be held at Robert Hall Winery for trade, writers, press and consumers. The Field Days will be an educational hands on experience explaining and teaching regenerative farming through organic and biodynamic techniques. “This is one of the most transparent studies that I’m aware of anywhere in the world,” says Armenier. “It will showcase regenerative farming practices in a real life case study that brings the whole community together on a journey.”

The regenerative farming comparative trial project will launch November 9 and the first guest Field Day with Armenier will be held at the Robert Hall Winery on Friday, December 4th.

Welcome. Before visiting, we need to verify your age.

By tapping the button below, you confirm you are at least 21 years of age.